CamSUR was supposed to be a Prime Event of the Stand Up World Series with 20.000 US$ prize money. This has been moved to April 2013.

Riders from different continents including European Racers Eric Terrien, Belar Diaz, Fred Bonnef and Fabrizio Gasbarro had already booked their flights but were informed yesterday (that is one week before the scheduled start) that the event is cancelled. Initially it was said it would be moved to June, now it sounds like it is cancelled alltogether (official confirmation pending).

There had been many schedule changes before, but such a short notice cancellation is even more disappointing and will certainly not help get the Stand Up World Tour off the ground. This news is based on the info we received from the European riders, we are still awaiting official confirmation from the organizers, but are not surprised that we haven’t received that yet, for the St. Maxime race, it was still announced as World Series in the Watermen League Press Release on March 26th, we heard from Yannick Pinnault, the race director, that it is not World Series anymore on the 27th, but the official press release confirming this did not reach us until April 9th.

UPDATE: we just received this statement via www.supracer.com:

After much deliberation and following unforseen and unavoidable circumstances, the decision has been taken to postpone the CamSur World Paddle Challenge until April of 2013 (18 – 21st). While we are disappointed not to be able to bring you the action from this groundbreaking event in 2012, a selection of elite athletes will be down in the Philippines scouting the location and laying the foundations for the large scale version of the event to take place in 2013. Stay tuned for highlights from this exploratory mission at www.standupworldseries.com, as well as the latest from the 2012 Stand Up World Series. ” 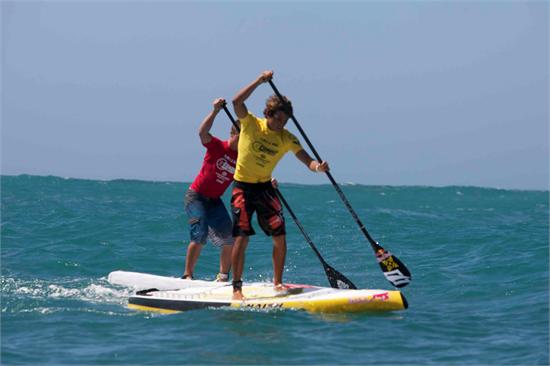 From the Press Release we received April 9th:

“The CamSur World Paddle Challenge will make history next week as the first major Stand Up Paddle event in Asia, opening the market to some of the very best and most high performance Stand Up Paddling in their own backyard.

Athletes from Hawaii, Australia, the US, Brazil, Italy, France, Spain, New Zealand and from Asia itself will be descending upon CamSur and neighboring San Jose for Stop 2 and the first prime event of the 2012 season for the Stand Up World Series.

An international field of elite athletes will be making the trip to the Philippines next week to battle it out for the $20,000 prize-purse and vital ranking points towards their overall standings on the 2012 Stand Up World Series. With it all to play for in 2012, these athletes will be looking to consolidate on their position in the Series leading into the busy summer racing season.

The competition will be intense, and provide the Philippines with an unparalleled display of performance racing set in the unique surroundings that CamSur and San Jose provide.”

More information on SUP Races and the Stand Up World Series: