After a specatular ceremony, the inaugural ISA World SUP and Paddleboard Championships were officially declared open.

The opening ceremony started with the Parade of Nations. As the 17 nations paraded through the streets of Miraflores, a coastal city in Lima, with flags waving, wearing their national colors and singing the songs of their country, the excitement of the first-ever ISA World StandUp Paddle (SUP) and Paddleboard Championship struck nearly every sense of the body. Locals and tourists lined the streets around Parque Kennedy and cheered the teams as they came by, saving their most intense applause for Team Peru.

Photos from the Parade of Nations: 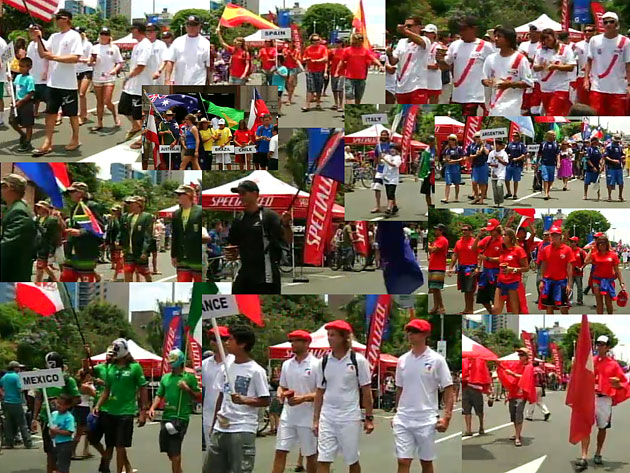 Following the Parade of Nations, which was led around the park by Aguerre, Peruvian surf legend Hector Velarde, event organizer and Executive Director of FENTA, the Peruvian Surfing Federation, Karin Sierralta, the president of Club Waikiki, Jose Antonio Osterling and Alan Atkins, vice president of the ISA and event technical director, the teams and spectators congregated outside the Miraflores Mayor’s Office for the remainder of the ceremony.

Each team sent a flag bearer and a representative onto the stage for the traditional Sands of the World Ceremony, where sands from home beaches are poured into a glass container, representing the peaceful gathering of nations through the love of surfing. One highlight in particular was Robert Etienne, who poured the “sand” for Team Switzerland – which was all rocks, as there is no ocean in Switzerland – and then took a moment to grace the crowd with his yodeling ability.

And here are the photos from the Pouring of the sand… 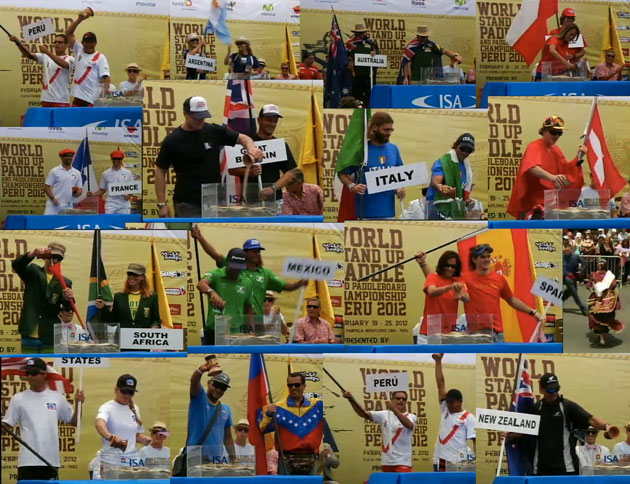 Aside from the Parade of Nations and the Pouring of the Sand, my favourite part was when Jose Quinones, Peruvian Olympic Committe President, said:  “I would like to invite the ISA and all surfers to come back in April 2013 to our ocean and show the whole Olympic Committee that surfing should be included in the Olympic Games”

In case you missed the Opening Ceremony, here is a video!

The speeches were followed by two traditional dances, the Marinera and the “Dance of the Scissors.”The performing artists received loud applause from the athletes and 1500 locals surrounding the Opening Ceremony stage.

Immediately after, Aguerre again approached the microphone. “Everyone, this is my favorite part,” he began. “I now officially declare the event open!”

Wonder how it looks like in Peru? Check out this Photo courtesy Robert Etienne (Team Switzerland). He said: “A typical morning in Miraflores Lima, where the waves keep on pumpin in night and day.” 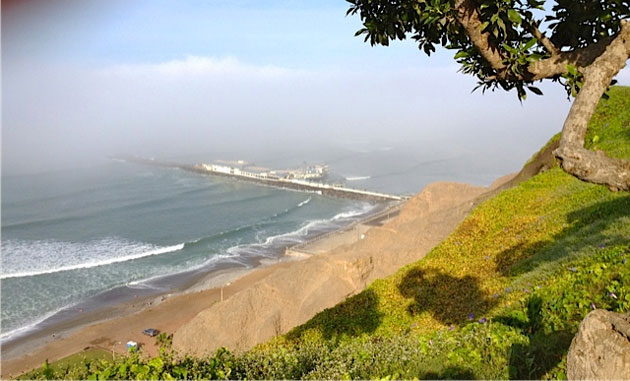 What are the Ways to Download Facetime App on Android Device?