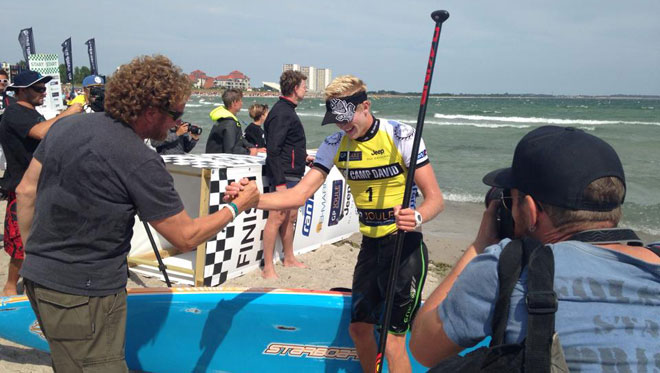 Today was the long distance race that was transformed into a downwind/technical race in about 25 knots of wind. (Yesterday’s sprint results and video are here)Lena Augaitis stormed to victory in the women’s division, handling the challenging conditions very well to take the victory overall for the Camp David World Cup of SUP 2014.

Kai Lenny (Naish) had a great start and led for the majority of the downwind leg, but lost ground on the first leg upwind, allowing Connor Baxter (Starboard) to take the lead and build momentum which ultimately led him to victory.

Kai nonetheless held in there and finished in 4th place today, securing his 2nd place overall for the event. In second place, Jake Jensen (Fanatic) had a tough fight with Zane Schweitzer (Starboard) to the bitter end, with Jake just getting the better of the exchange in the final feet of the course to take 2nd and Zane finishing in 3rd. 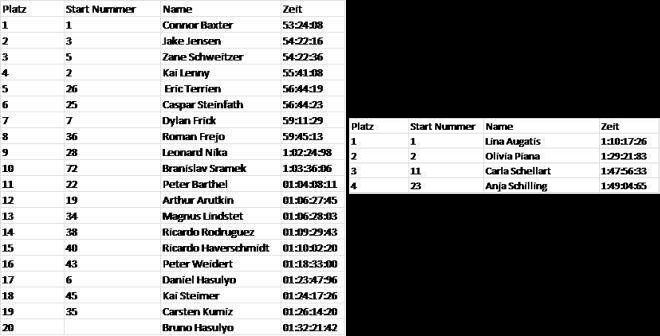